2022 here we go with another amazing song. I think all my songs are amazing because of the great songwriters that pass them on to me to create in the studio. At the end of the day, it all comes down to a great song, and that is due to amazing writers.

Well, here we are 2022. Time flies and things have changed.

In March 2020 my new single Wedding Day was released, and it didn’t even get legs due to covid. Made me so mad. But as I have always been told, things happen for a reason. Despite covid , Wedding Day did very well and made it's way around the world on all of your favourite music forums.
It’s an amazing song and you need to check it out. I was shocked when we did release it and how significant this song would be to 2020.

It was the year the world shut down and every bride needed to cancel her wedding day. That was the Song, Wedding Day. A bride, Saturday June 4……. And no wedding. That's what happened in 2020.

There was no way anyone could have predicted how significant this song would be to every bride in 2020. It had been written years earlier by the legendary Doc Walker, Chris Thorstienson, Dave Wasyliw and Murray Pulver.

2020 was a crazy year. In all my almost 52 years of age did I ever think that I would live through a pandemic. A lock down! Every venue cancelled. We had no clue what the future would hold. It was a hard year for everyone.  2020 was not going to leave me untouched.

I lost my horse June 13,2020; my best friend lost her father on the 15th of June and then  My friend and band mate Clint Dutiaume had a heart attack June 24h, and wouldn’t you know it, a week to the day I suffered a heart attack.

A day I will never forget. June 30,2020 Friday and hot. A bombing plus 40 and no wind. Ah got to love Manitoba! We, my BFF and her husband had arrived at Vakker beach, we have a seasonal there . (Interesting enough it is owned and operated by the legendary Doc Walker Chris Thorstienson) We had just unloaded the coolers and were getting ready for a week of fun in the sun. Fishing, best friends and bon fires. I had lost my horse my BFF had lost her dad and we just needed a break.

Our week of holidays quickly changed. We had arrived and it thought I was suffering from heat stroke. 6:20 pm I started to feel the affects of a massive heart attack!!!! If it wasn’t for the quick thinking of Kari and Mitch, not sure I would have been able to get through it. As a matter of fact, if they had not been there, I would have not survived. I had no way of getting myself help.

I was supposed to be playing Dauphin Country Fest that night. It had been cancelled due to covid. Just like everything else in 2020.

I have SCADS.  Spontaneous coronary artery dissection. Meaning my arteries are like glass and shatter like tempered glass.I then get bleeding in the lining of my arteries which then cause a heart attack .  It is a rare heart condition. They only started studying SCADS in 2011 when they realized and found that healthy mothers giving birth were then having massive heart attacks. Women who were going through menopause.
It was once said that it would be a rare occurrence to meet a SCAD survivor, as there were not that many.

And here we are today in 2022. I wasn’t sure that I was going to continue my career. Seemed easier and less stress if I would just retire and sit back.

Anyone who knows me, knows I may have thought about retirement, but music is in my blood it is and will always be there. Had to get back in the studio. It was more therapy than anything else. I love the studio. Anyone who records knows it's a magical place.

The first time I heard Surrender, it was in my head. You know that song you hear and it is there for the day, you just keep singing it all day long. As a former radio announcer, I knew right then and there that this song had what it would take to make the hard journey to number 1.

I loved the song. I needed to record it. It would be the anthem to any relationship.

It was going to be a process and would be not an easy recording. I needed to get to Nevada.
That is where Sherry was working out of and needed me there. LAS VEGAS Baby!!!
It became an opportunity for my Bff and I to celebrate our 50th birthday in Las Vegas. It was truly a trip of a lifetime.

I had the opportunity to work with some true legends in the business. It was the first time working with a female producer and it just clicked.

Sherry St Germain and I have been friends, sisters for years. Her father is the legendary Ray St Germain. Having a Dad who is one of the pioneers of Canadian Country music, has given Sherry the discipline to create music. She plays every instrument. Music has been her life being raised by a mother who is a piano teacher and her father who traveled the world with country music.

Sherry has been recording her own music and other peoples music and it all started when she was 10.

Sherry packed it up and went to Las Vegas where she was one of the stars of Cirque du Soleil Elvis.

Being down in Vegas has given Sherry the opportunity to work with a different circle of musicians.
Surrender is the song that will resonate with anyone who has been in a relationship. It is a powerful song that has you dancing and crying all at the same time. And then, there is the hook. That one thing that all great songs need to succeed.

Written by Billy Simard and produced by the late Craig Fatheringham.

My Spirit Flies was the first single released off my very first album, I'm Going Home.

This album launched my career as an artist and this song would be heard around the world. My grandmothers prayer.

Directed by the amazing Erica Daniels and her team Paul James and Addison Sandy.

This team brings together the song and the spirit in a Video!

In 2020 15 days before my 50th birthday, i had a heart attack. We found out i have a Rare heart condition called SCADS (Spontanious coronary artery disection)   It showed me, time is precious and to live life to the fullest. This song gave me great comfort like no other song i have ever recorded. It is a song of comfort, of peace and of love. It is the final prayer. 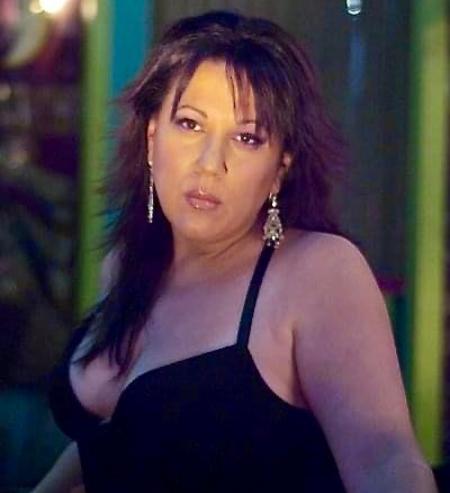